I've been using two monitors for over a year, and only recently discovered a brilliant piece of Microsoft's own software which could drastically improve your multi-display experience. 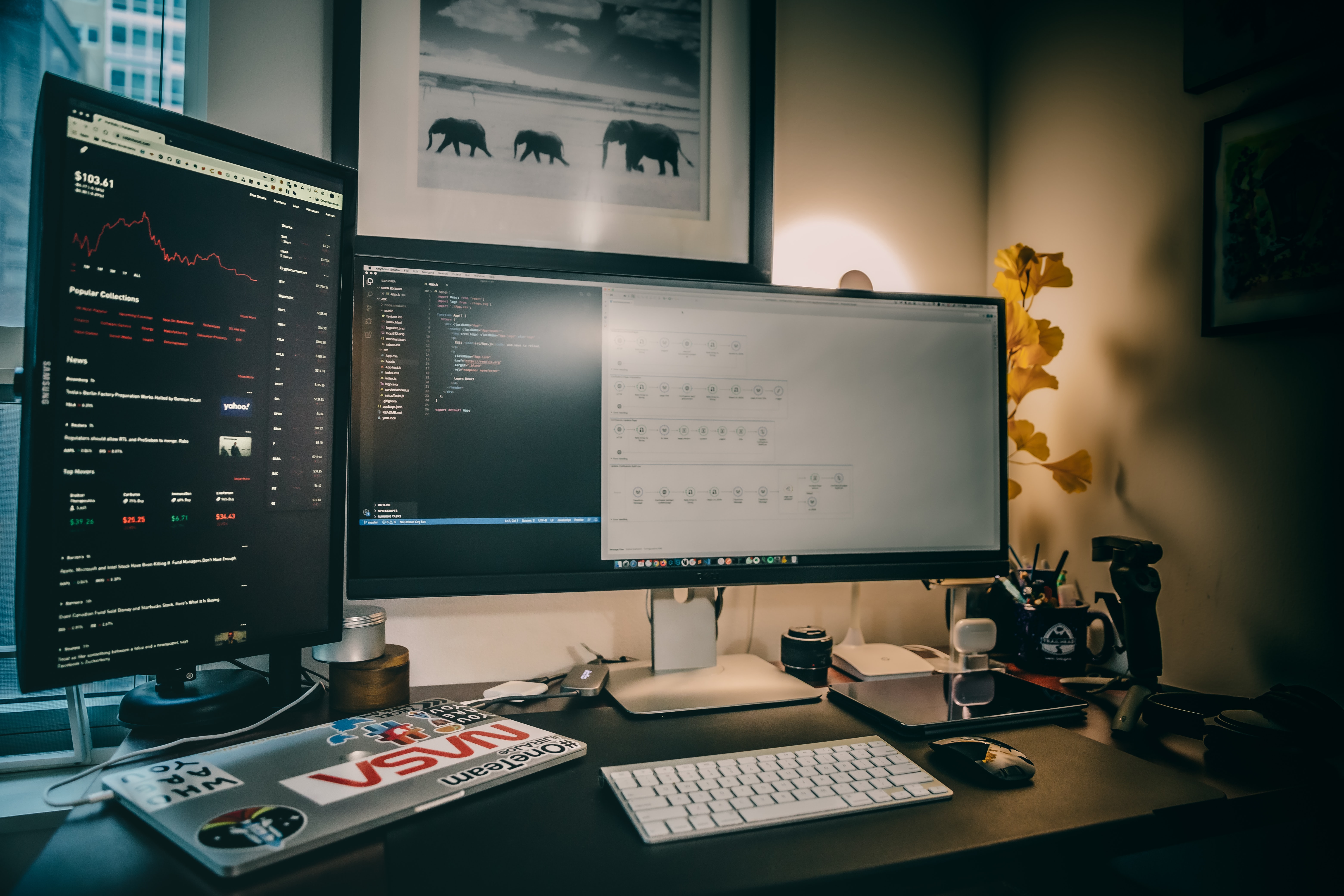 I've used two monitors for over a year, and I would never go back to a single screen. The huge productivity benefits from having a second screen easily outweigh the price of setup - especially as decent monitors can be found used for ~£30.

Using multiple monitors wouldn't suit casual users, but for avid gamers, software developers, and writers, two (or more) displays can be incredibly freeing - and although Alt-Tab is quick, nothing beats the ability to view multiple windows simultaneously.

Here's a scenario: you've just plugged in your second monitor, configured it to extend your display, and moved it to the correct virtual location on the Windows display settings. Now what? Now, we install one piece of software which will take your multi-monitor experience to a whole new level: PowerToys for Windows 10.

PowerToys has a range of features, such as an instant search/program launcher and file renaming automation - however, we want it for the FancyZones feature, which allows you to set up new "zones" on your display and snap windows to them. This is even more useful with a portrait monitor, as Windows' default snapping behaviour only snaps to the left or right halves of the display. However, with FancyZones, you could (theoretically... but you shouldn't) make 100+ zones to snap into.

I tend to have the following windows open when I'm working on a development project:

I often run my backend server in Windows Terminal, and my frontend inside the integrated terminal in VS Code. That's because I rarely need to see the status of the backend server. 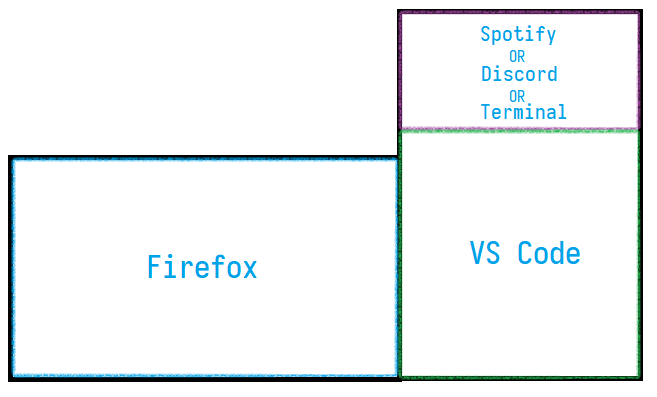 My window layout, using PowerToys on the second display

As you see, I often keep Firefox full-screen for easy access to DevTools and to ensure my designs look good on a regular-size desktop display. On the other monitor, I often keep a window at the top which requires less attention (I'm used to looking down towards my laptop display, not up towards the sky), such as Spotify or Discord, and Visual Studio Code underneath, to give myself a good look at surrounding code while I'm working on a project. This placement also means the integrated terminal can be made slightly taller without getting in the way.

If I'm honest, a third display would make my setup perfect. I do sometimes switch between Spotify and Discord at the top of my second monitor, even though I have a range of macros set up on my mouse to play/pause, skip, and even change volume without lifting my hand off it. Having a third display for additional terminal windows and Discord would be perfect - unfortunately my laptop only supports two.

Thank you for reading! I hope this post has been insightful. Please check out my blog for more writeups!